Is Aurora Serverless the way to go for Microservices? 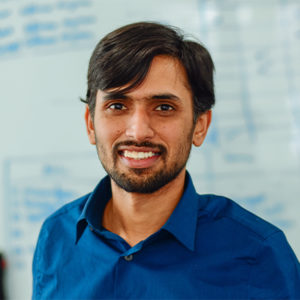 Ease with which microservices can be built with no sql database like DynamoDb is the exact opposite to build similar ones with relational databases. It’s always a challenging task as managing the connection pool from each instance of lambda, trying to keep them active inactive containers and removing the dead ones and many such critical things need to be precise to build a smooth experience for clients. This is on top of complexity to avoid application cold starts.

RDS Data API solves this problem giving us a way to run sql queries with http connections. If a single instance of simple nodejs lambda can easily establish 500+ active http connections, imagine how many queries we can simultaneously run if the database can scale with no limit on max connections.

I am not going into details on how scaling works on Aurora Serverless but just a few points to note:

Let’s compare how it scaled with CPU vs ACU

Throughout this test, I kept opening and closing a single http connection and ran one simple query from Lambda, a few times. so, max active connections is 1.

Aurora serverless scaling is very reliable and definitely a way to go for unpredictable workloads to save cost instead of regular Aurora. But relying on Aurora serverless for serverless apps may not be best yet purely because of the cold start time. Unless Aurora Serverless can do Machine Learning and predict the load and intelligently scales compute node, I will still try to rely on something like Dynamo as much as I can for serverless applications.

Sign up for the latest news and updates about Initech and our community.